The biggest names on fashion including Gucci, Fendi and many more started bringing designer labels to the childrens’ clothing market less than ten years ago on a large scale, but already that trend has exploded in both the US and the UK. Some of the most popular ranges in the UK now are Fred Perry and Lacoste boys polo shirts, Replay jeans, Scotch Shrunk kids’ clothing and Lamborghini footwear, plus at the highest end of the market you still have the likes of Versace, Armani and Dolce & Gabbana. These are all readily available in popular online stores like Papillon Kids Clothing.

Not much originates from America on this list, but that’s not necessarily where the connection comes in. Although most of the most famous high-end fashion houses are European, it’s often the American market that gets the new trends first as the biggest retail giants in the US get exclusive deals and market new ranges worldwide. This started happening a few years ago when the high profile fashion outlets of New York City’s famous Fifth Avenue started launching new designer ranges for kids and putting massive marketing budgets and celebrity endorsements behind them. 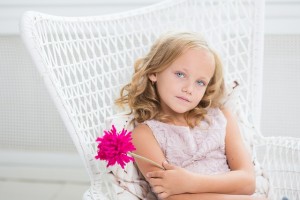 Kids’ ranges have been helped more in recent years thanks to social media and magazine websites following the every move of these stars and their young children, with an increasingly sharp focus on what the kids are wearing, or more importantly, who they’re wearing. The likes of American stars Beyoncé and Kim Kardashian have, intentionally or not, filled Instagram and Twitter feeds in the US, the UK and almost everywhere else with their daughters’ designer looks, further popularising the trend.

With luxury markets doing well again in recent years, alongside the increasing marketing spend from the biggest labels and growing exposure through celebrities and the media, parents on both sides of the Atlantic have plenty of reasons to start choosing designer wear for their kids. Many families on high incomes already have a taste for their favourite fashion houses, so it stands to reason that these brands will want to cash in on creating pieces aimed at the younger members of those families.

If you’re feeling like hopping on the designer kids’ clothing trend, there is now so much available you’re sure to find something that suits your kids even on a modest budget. Just be aware that if you’re prepared to part with the cash for the clothes in the first place, you might also have to fork out for a premium dry cleaning service at some point too. Kids are still kids, even if they’re dressed in the classiest of designer outfits!