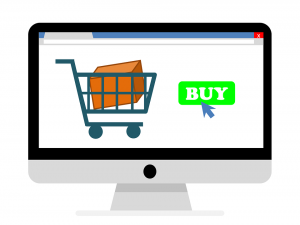 In many respects, the British shopping experience is becoming more and more similar to the American one every day. This isn’t just about the high street, but also online where the distinctions between countries are less relevant, and even in the humble British supermarket. However, there are still several key differences between how we tend to go about our shopping in each of these countries. A few of these are as follows…

As we have discussed before, many words have completely different meanings in America and the United Kingdom, despite the fact that we supposedly all speak the same language. Many of the differences are small and simple to remember, but when it comes to shopping there are a few crucial differences. A lot of clothing items actually have different colloquial names, from pants to trainers, so international fashion retailers notice this the most.

The US was one of the first countries to pass the milestone of more than half of its online traffic being from mobile users, while the UK only reached this point in 2016. A trait that has been observed among American consumers is that they love to browse potential purchases and compare prices on mobile, but after some consideration, the vast majority sit down at a computer to make the actual purchase.

Similar behaviours are emerging slowly in the UK, but only time will tell if we prefer the same approach or are more willing to make snap decisions from our phones. Companies would certainly prefer it that way.

In the UK, although online shopping is quickly catching up with the level of service available in the US, people still don’t have quite the same expectations. One-day delivery in Britain is still seen as a luxury service, but in America it’s usually a minimum, and waiting days or weeks for a package would be unheard of. Brits love to complain about slow service, but when it comes to shopping, Americans can give us a run for our money.

Not only that, but free delivery is also expected in the USA whereas UK customers might not be surprised to pay a few pounds per parcel. The vast majority of American online deliveries are fulfilled by free services, while the same cannot be said in many other places. 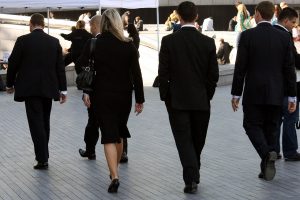 Moving to a new city somewhere else in the country is a scary prospect, especially when we jump into a new job at the same time. But what about going to a whole new country, perhaps half way round the world, for a job? What are the kinds of barriers you might expect to face?

Of course there are many benefits to doing this, otherwise nobody would, and in fact a lot of people love to do exactly this. Travelling to a new country is always exciting and provides a lot of opportunities you would otherwise have never had access to. However, we can safely say that for almost anyone this is going to be a learning curve and you might come across some difficulties as a result of the culture you’re used to.

Coming from America to work in the UK, for example, you would most likely notice some crucial differences in the way our cultures compare. For one thing, many people might be taking this path because they are part of a work experience or internship scheme. In the US, this is a relatively common thing to do, while in the UK it isn’t so much. People in a British workplace may have more trouble adjusting to your presence if you’re an intern.

To some extent, you may find that work is a more serious place in the UK and there is a greater focus on concentrating and getting the job done. US employees, by comparison, seem more likely to be chatty and open at work. However, this stereotype is slowly changing as businesses become more global and adaptable, so it really depends on the type of firm and the decisions of individual managers regarding how they want to run their workplace.

A key point of comparison regarding working culture in these two countries is that of work versus life balance. Especially in recent years, UK companies have placed an increasing emphasis on the need to keep employees happy and fulfilled. This includes monitoring the balance they can maintain between the stresses of work and time they can spend relaxing and having fun.

In America it is more common to encounter a classic “workaholic” atmosphere and company structures which reward the most hard-working and competitive staff systematically. There is an argument to be made that in the long run, having to incentivise all productivity and strictly control employees to get the maximum amount of working hours out of them can actually be detrimental to productivity in the long run, so it will be interesting to see how these cultures change in the future.

We hear (and write) plenty about all the trends that have originated or been popular in the United States before spreading to the UK and rest of the world. There are lots of American influences in modern European culture, but the same could be said in reverse. The rational plan for companies and brands based in the UK and looking to expand is to target markets like the US, and many have been able to do just that over the years. But what does it really take to crack America?

Historically it has been quite common for British firms to fall into the trap of thinking America is very similar to the UK compared to other countries. Our languages may be (almost) the same, but cultural differences make a huge impact when it comes to marketing goods and services, and in many cases the USA differs vastly compared to other markets within Europe. It takes a clearly defined strategy for UK brands to succeed in America, but by paying attention to the right factors and tools, it can be done. END_OF_DOCUMENT_TOKEN_TO_BE_REPLACED

Multi-level marketing is a specific style of marketing that is usually referred to as a different form of direct selling. Also known as MLM, the process has been around for decades and its origin is disputed, but it has existed since the 1920s in various forms. In modern times there are a wide range of MLM business opportunities out there in both the UK and the US thanks to the creative initiative taken by American firms nearly 100 years ago.

The California Perfume Company was one of the pioneers of the business model, although we know them better today as Avon. Originally, the famous “Avon Ladies” would only have earned their profits from the sales they made personally. Working for the company but not given a salary, instead they would have been entirely dependent on the products they bought from Avon and sold on at a higher price to buyers in their homes or elsewhere. Not a huge amount has changed about this, except that now not only would the representative of the company earn profit from their own sales, but also a cut of the sales made by anyone they recruited to join the business. END_OF_DOCUMENT_TOKEN_TO_BE_REPLACED

America is known for being the home of many of the world’s biggest brands, and is of course a massive test market that the rest of the world can look to for ideas about what might dominate global business next. There are a few emerging trends that we expect to see more of in the UK as they grow in popularity across the Atlantic.

1) Having everything for nothing

There is certainly a growing trend for on-demand services of all kinds, something that has been seen in America for some years now but only recently begun to catch on in the United Kingdom. For example, streaming services like Netflix and the newly launched YouTube Red are redefining the rules about how people pay for their entertainment – music streaming services like Spotify, Apple Music and Tidal are doing the same in their market.  Amazon has also been experimenting with food and drink delivery within hours, something they may be able to roll out to their whole product range within years. Everything is about paying a set fee for something and getting an unlimited amount back for your money, and since this is based around convenience and making life easy, people are increasingly getting on board with this. The idea of paying yearly subscriptions for music venues is something we expect to see launching within the next year, for example. END_OF_DOCUMENT_TOKEN_TO_BE_REPLACED