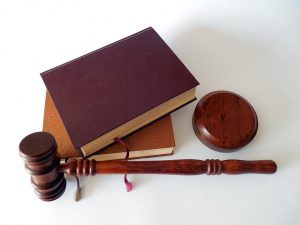 Although the legal systems in the UK and the USA originally started out based on the same set of rules, they have diverged over the years and have since become quite different to one another, although there are some interesting parallels.

Some rules apply to the entire United Kingdom while other matters may be settled differently depending on the law in the constituent country (England, Scotland, Wales or Northern Ireland). In a similar way, the US government dictates federal law while each of the individual states has varied laws and rules within that.

The two countries are not dissimilar in terms of how past legal cases can be used to set a precedent for a current case. Past judgements are referred to regularly in both court systems in order to make difficult decisions.

For other matters, US courts may refer to Congress, which is made up of the Senate (two representatives per state) and the House of Representatives (a proportionate number of representatives for each state’s population). Congress is comparable to the Houses of Parliament in the UK, where MPs (members of parliament) represent regions all over the country. In each case, new laws are debated and decided by these authorities.

In both countries, there is a distinction between courts that deal with smaller, usually civil cases and more serious criminal cases. In the USA, federal courts can deal with either type, while UK cases are subject to a more complicated system starting from Crown Court, escalating to the Courts of Appeals if needed, and finally a Supreme Court.

There is also a parallel court system for particular types of disputes called a tribunal system, which does not have an American equivalent as such. Cases in the US may alternatively be resolved via arbitration, which is a less formal and less expensive alternative to a traditional court case.

In the UK, lawyers must follow up their law degree with further education, but in the US only the initial qualification and bar exam are necessary to move into any particular field of law. After qualifying, lawyers would often be known as “solicitors” or “barristers” in the UK while the US term is “attorney.” In either case, lawyers are likely to be referred to with respect to their area of expertise.