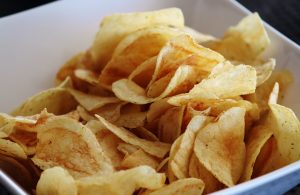 For two countries that appear to speak the same language on the surface, there are actually a huge number of differences. Some of these are very well known, particularly to British people with a typical working knowledge of American television and film, but others are more obscure.

These differences are also easy to forget once you actually start mingling with people from across the Atlantic and engaging in conversation. Here are a few comparisons you might have forgotten or simply not have heard before.

Pants – This is a common source of amusement to English people who haven’t seen much American TV before. Pants refer to underwear in Britain, but Americans use the term for trousers.

Jumper – Sticking with the clothing theme, jumpers are not a garment in the States, rather someone who’s about to leap off a building. It’s important for Brits to remember the word sweater to avoid confusion.

Trolley – A more obscure term for Americans, trolley would usually refer to an old-fashioned tram. In Britain, of course, it typically refers to what they might call a shopping cart.

Chips – If there’s one essential difference when it comes to food in these two countries, you need to remember that chips are not fries in the USA, but potato crisps.

Biscuit – A close second on this subject is biscuits, because you won’t find chocolate digestives if you’re a British person hunting for biscuits in the US. Instead you’re more likely to come across the strange scone-like things you’ll see on American KFC menus.

Football – If you’re a football fan visiting America, remember not to get too excited when you hear the name of your favourite sport. Unless you enjoy watching the Superbowl, you probably won’t have a clue what’s going on in a game of American football.