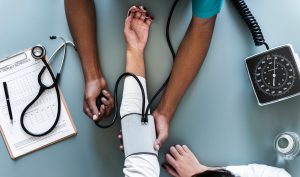 The healthcare system in the UK and USA both have similarities where the public pays for their healthcare, but both have a completely different system. To understand the similarities and difference between the systems, it’s essential to know how they work in both countries.

United Kingdom has its own public healthcare known as the NHS (National Health Service). People from other countries may be under the impression that the UK’s health system is free for all UK citizens, which is true however it’s not entirely the case. The British system does believe that healthcare is a right for everyone. Although the care is publicly available to all UK citizens, it is paid through tax by every British citizen in the UK. So technically it’s not entirely free. If you’re curious about how much tax is paid, it’s normally 9% of the income which is still quite a significant amount. Furthermore, NHS follows many health standard guidelines and procedures when carrying out their practice.

In the USA, the health care system is run privately. US citizens will either need to sign up to pay for a monthly health plan with their chosen private care or pay the overall cost using their own money when it’s needed. Although the monthly plans are reasonably affordable, the plan doesn’t always cover the total cost which means that they may need to pay a portion of the total cost when using the service. Because the system is run privately, each company will have different plans that cover different procedures. With regards to the standards of care, the USA system follows similar health guidelines in the UK.

Overall, it seems that the UK health system has more advantage compared to the US system. For instance, in the UK, the tax payment will cover any care that you need, unlike in the US, some of the services will still require you to pay extra even when you have signed up for a monthly care plan.